Engagement photography in Old Quebec is amazing, even in the winter 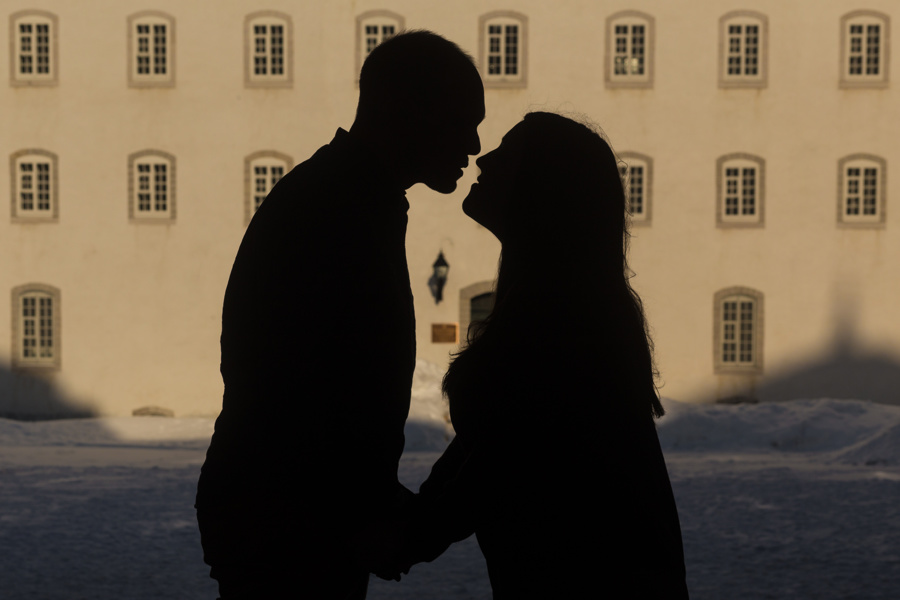 Jordan surprised his girlfriend Sam as they were visiting Quebec City. She was his girlfriend, she was now his fiance. The next day, we were out in the Old Quebec for the photo shoot. Mother nature was on our side. It was still cold, but we were able to take the coats off for the photos. Engagement photography in the winter? Of course! 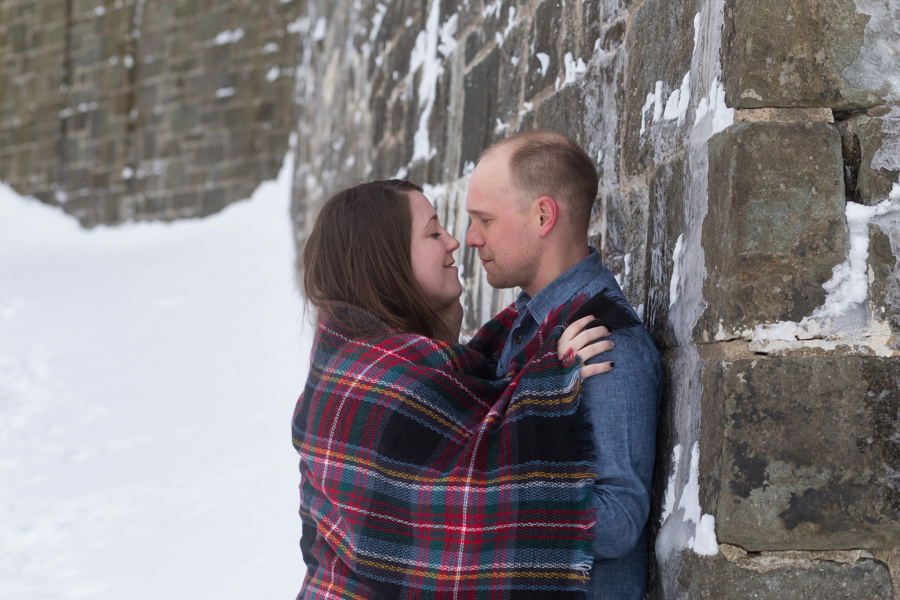 Old Quebec City. Is there a better place for engagement photography than “Le Vieux-Québec”, as it is known locally? Whenever you go, wherever you look, there are amazing backdrops waiting for you to create great photographs.

Old brick walls, cobblestone streets, old buildings and there are huge trees in amazing parks. It’s also the only walled city north of Mexico. All of these factors might make Quebec City the best place in North America for engagement photography.

This is why this nice couple contacted me recently. They were visiting Quebec City and the gentlemen decided it would be the best place to ask her to marry him.

After a quick stop in Montmorency Park, we headed straight for the city walls for the cherry on the cake: the photo on top of the wall and the gate. We finished the day with a blast.

Ryan and Colleen, traveling from Edmonton into romantic Quebec city, asked me to take their engagement photos. Here are some of the photos that resulted from the time we spent together. 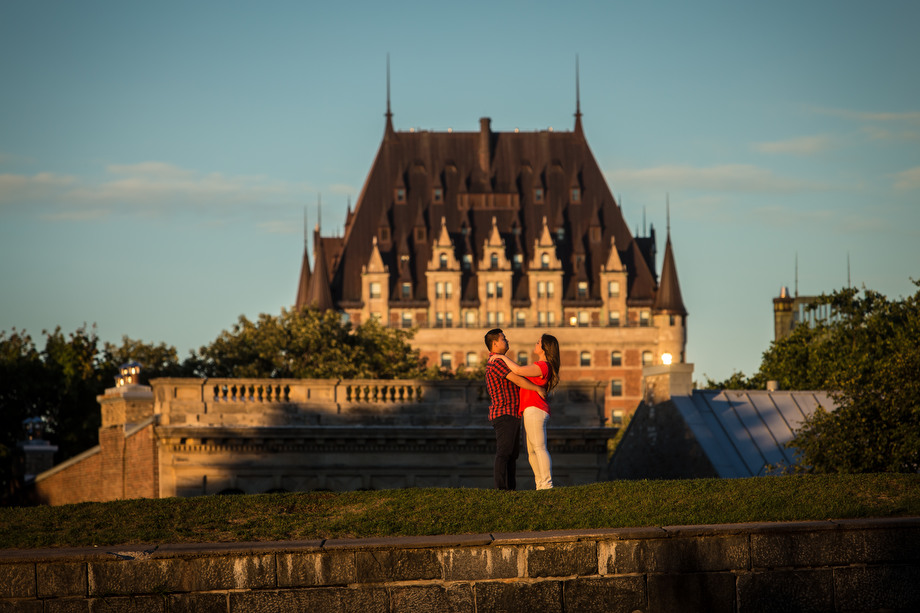 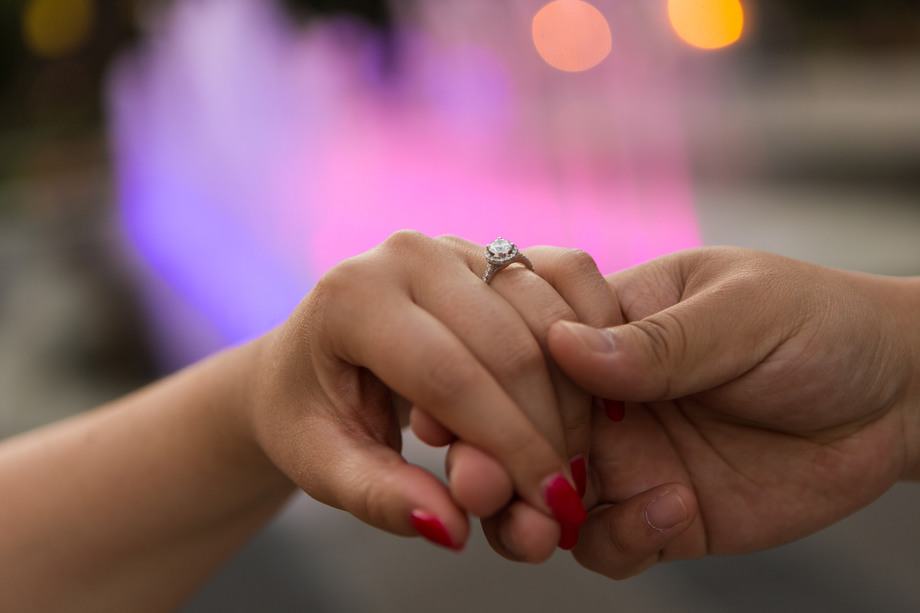 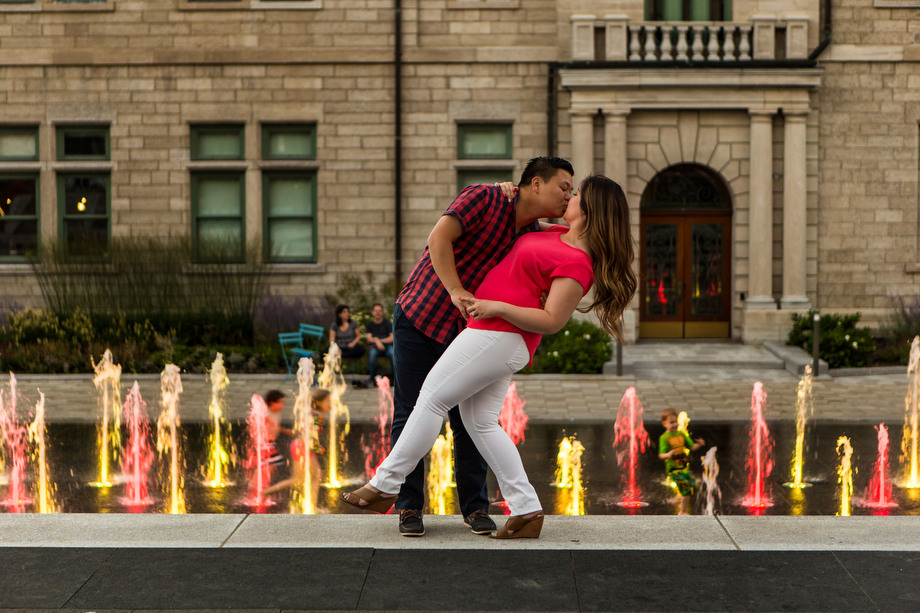 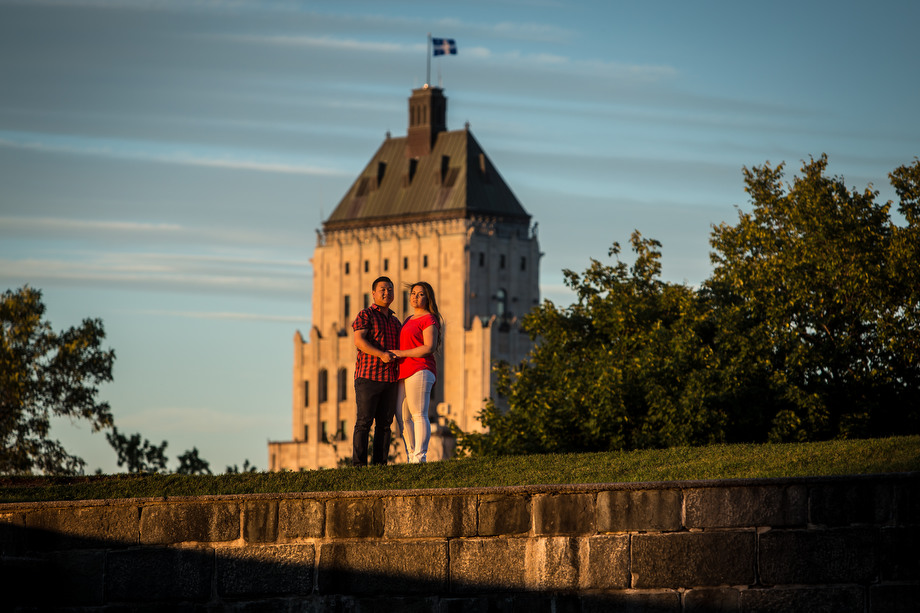